Bleach is the debut studio album by the American rock band Nirvana, released on June 15, 1989 by Sub Pop. The main recording sessions took place at Reciprocal Recording in Seattle, Washington between December 1988 and January 1989.

Bleach failed to chart upon its original release, but was well received by critics. The album was re-released internationally by Geffen Records in 1992 following the success of Nirvana’s second album, Nevermind (1991). The re-release debuted at number 89 on the Billboard 200, and peaked at number 33 on the UK Albums Chart and 34 on the Australian albums chart. In 2009 Sub Pop released a 20th anniversary edition of Bleach featuring a live recording of a Nirvana show in Portland, Oregon from 1990 as extra material. Since its release in 1989, Bleach has sold more than 1,900,000 copies in the United States alone.[2] It is Sub Pop’s best-selling album to date.[3] In April 2019, Bleach was ranked No. 13 on Rolling Stone’s “50 Greatest Grunge Albums” list.[4] 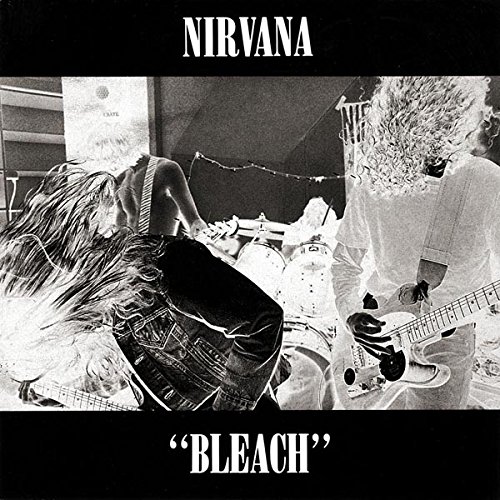